I'm writing an article at the moment on a specific topic -- very specific. The editor called me with the assignment, and he gave me direction in where he'd like to go. He gave some names and a little direction on whom I should be calling, or at least attempting to reach (the editor is a laid-back guy who's just great to hang out with).

I contacted one company a week ago. Because it's somewhat of a political hot potato (marijuana legalization update), it's been tough finding interview subjects. Except for one guy, who's happy to talk.

However, he said this:

"Sure. I'll rewrite the questions and perhaps we can focus on women in leadership roles in our company."

Huh? So I sent a response:

"Actually, the editor is very specific in what he wants, and there isn't going to be a chance to work that angle in. The questions are what he's looking for in this, so there's not a lot of wiggle room here. However, if you can send over your ideas for questions, I can see what fits."

Yea, not for me. When you see someone starting out trying to take over and redirect, it's going to be a colossal nightmare and a huge waste of time. If it hadn't been hard finding people to talk about this, I wouldn't have sent the reply at all -- just run the other way without a word.

Now I'll be telling him the direction has changed and we won't be needing a conversation after all.

I've had to deal with this in the past, but always at the point of interview, when they come armed with agendas that don't match mine or start talking without allowing me to get a question in. Back in 2002, there was one guy who actually shouted every time I tried to interject a question. After about 40 minutes of trying to shut him the hell up, I waited until he took a breath, then said, "That's all I need! Thanks." and hung up.

A lot of times, you can break into the conversation and say "I think we're getting a little off topic. So let me ask this..." But there are stubborn ones who will just go right back to talking about what they want, not what you need. In those cases, I've just ended the conversation early.

Have you had interview subjects try to redirect you?

What are your best ways to get the train back on the rails? 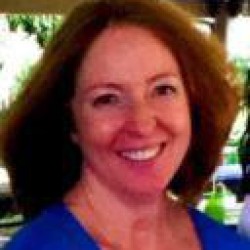 5 thoughts on “Interview Source as Employer”