Writing for print is tricky in a number of ways, but one of the most important--and the most difficult--is having a strong voice and being able to adapt it to the style of the publication you are querying.

Some writers may already have a voice that they use and are comfortable with. That's a great thing, but there is typically one problem that goes along with that...they stop improving it.

If you have a "voice" that you have cultivated, don't assume that it will grow and develop on its own. You have to nurture it, and you have to allow for changes in it as you get older and learn different things about the world and the way you see it.

For example...when I was younger I wrote more dramatically. My voice tended to be serious and I wanted to reflect the depth of the things I saw in the world. I chose publications that matched with that and had some good success getting published. I only had to tweak a piece slightly to make it fit with the magazine's style, but there were only a narrow range of periodicals that I could write for in that manner. I wrote, then I looked for a magazine to match my style.

As I got older, I allowed my voice to expand and change a bit to reflect the humor and the curious sides of my personality as well. My "writing box" expanded, my voice became more versatile--and my income grew. Instead of looking for a magazine that was my style, I was able to match my writing voice to the magazine.

Now...let me say this...it didn't just happen. I had to work at it. As I changed, I didn't automatically start writing differently. What I did was read more magazine articles and begin to mimic different styles that I related to and admired. My tone became more honed and my writing began to be more layered. I was improving my voice and expanding my range. This opens up a wealth of additional options for you as a writer.

It's great to have a strong voice and it certainly is something to be proud of--but don't stop there. After all, if you want to write for print publications, chances are you like the challenge of crafting a piece that is more in-depth than many of the pieces that run on the web. If that is the case, then be sure you keep adding to your toolbox as a writer and learning from other writers out there.

Now--nuts and bolts. How do you do that? Here are a few ways to get you started down the path of improving your voice as a writer:

You should be trying to develop your voice as a writer on a regular basis--especially if you want to write for print publications where the voice is key. Take some time to invest in your writing style. It pays off in the end! 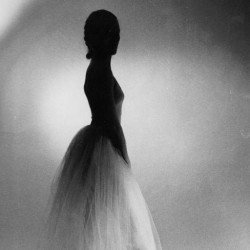 Catherine L. Tully
Catherine L. Tully has over nine years of experience writing for magazines such as American Style, AAA Living and Boys' Life. She is the editor for an award-winning blog on freelance writing and also owns and edits a blog for dance professionals.