Earlier this week, we went through my professional site to show you the kinds of plans you might make after conducting a content audit. Yesterday we took a look at Yolander Prinzel's freelance writer website. And today I'd like to follow up with one more site review, for David Rodeck.

David Rodeck is a business and financial writer similar to Yolander, so this is a good opportunity to look at two professional sites in the same specialty area to compare and contrast. But for this post, we'll look at David's site individually. Let's start with an overview.

David's site is about as simple as they come. I'd call this almost a "brochure" website. There's some background info about David and his experience. There are samples. And there's a contact page. That's the gist of it. Here's the homepage of the site: 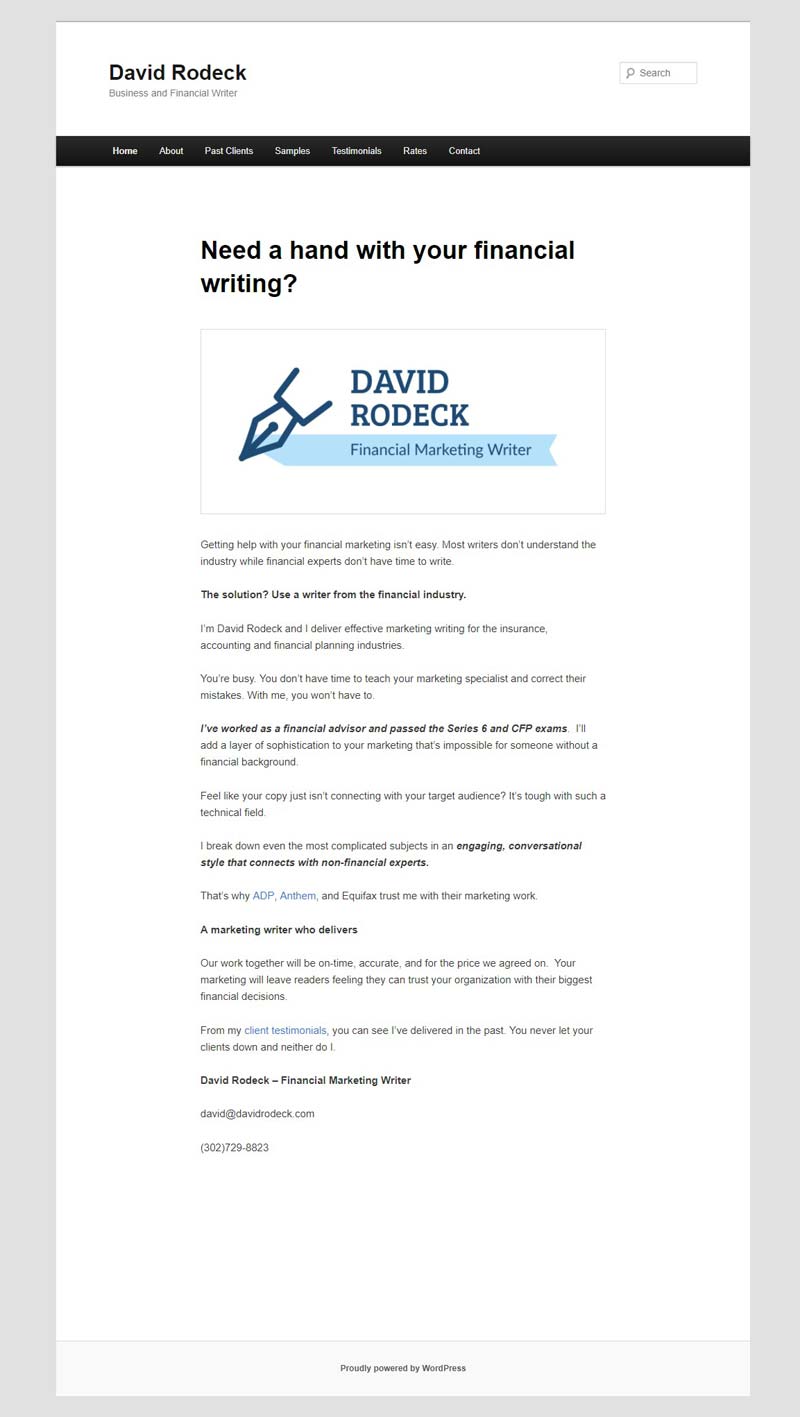 I'm not really sure what to say about this site in terms of highlights. The biggest thing it has going for it is its simplicity. But that also comes at a cost. That might work in David's case if he doesn't need his site to bring in frequent leads (such as if he's getting more from referrals). But if you need your site to work harder as an inbound marketing tool, I'd add to this one. So let's jump right into the suggestions.

Here are some potential issues that stood out when reviewing the site from the eyes of a prospect, and some suggestions for improvement:

There's certainly room to add things here -- a blog, individual service pages, and maybe a resource or two (like a white paper or other short report). But I don't think they're necessary unless David wants to use them to improve search engine rankings or he plans to use a download as incentive to launch an email list.

I hope those suggestions help David and give you some things to evaluate about your own freelance writer website. Next week we'll dive more into the issue of publishing your rates.