By now, you all know that I like to talk about cold calling. For whatever reason, I find this to be one of the most intriguing methods of marketing my services. Not to mention the fact that there is no greater thrill than making a call, finding an interested party, and closing a deal.

Of course, things don’t always work out as planned. A couple weeks ago, I ran into an angry local business owner who was outraged that I contacted him without notice.

After introducing myself and explaining that I was a local writer, there was dead air for a few seconds. At this point, I asked “are you still there?” This led to me being called everything from rude to unprofessional. After a brief apology on my part, he fired back with inquiries such as where I found his number and why I contacted him in the first place.

As you can imagine, I was doing my best to stay professional and explain my position. This was not good enough, as he continued with his rant.

Since it was obvious that the conversation was going nowhere, I thanked him once again and hung up the phone.

Why was this particular prospect so angry? I will never know for sure. Maybe he receives a lot of cold calls. Maybe he was having a bad day.

This is all part of cold calling. Although I was taken aback by his attitude, it did not stop me from picking up the phone again and making another call.

You are going to run into people like this from time to time. Don’t let them scare you away. Instead, move on and continue seeking out your next client. 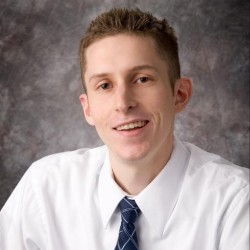 Chris Bibey
Chris is a full-time freelance writer based in Pittsburgh, Pennsylvania. He specializes in web content, sales copy, and many other forms of writing. Chris has two books in print, as well as hundreds of articles in local and nationwide publications.

5 thoughts on “How about this for a Cold Calling Nightmare”