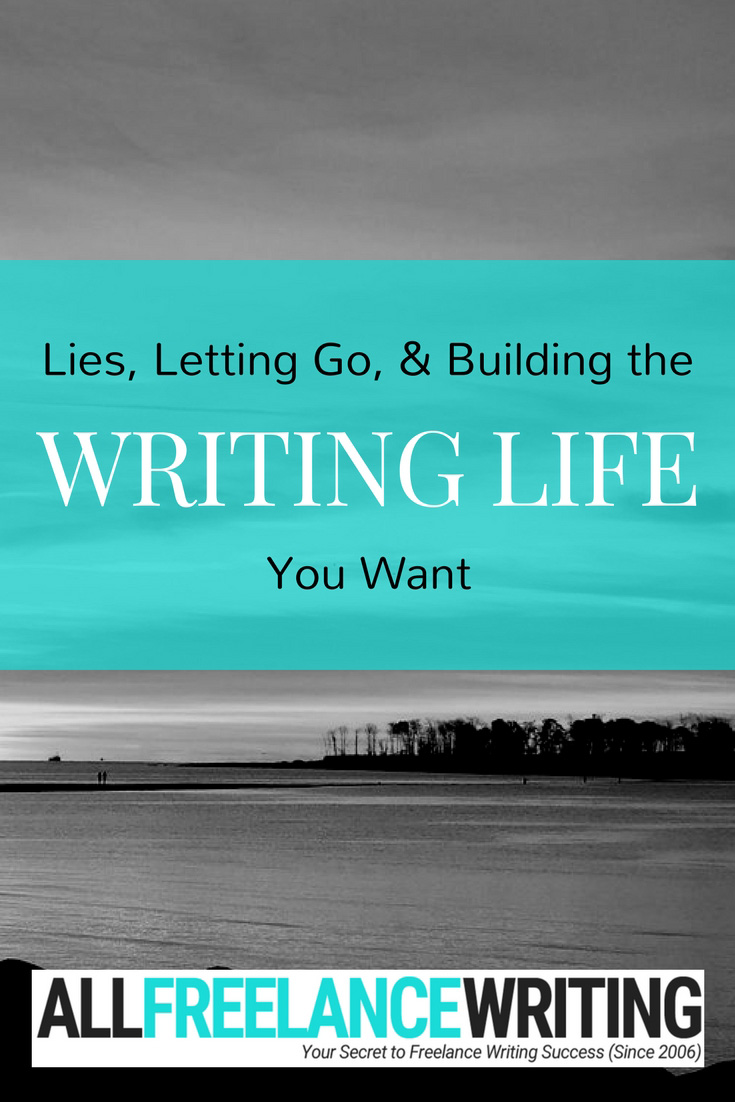 The end of any year can be a bittersweet time. You take stock of what you’ve done and how far you’ve come. Maybe you exceeded your expectations and you’re inspired to do even more in the New Year. Or maybe you fell short and you’re feeling discouraged.

Whichever is the case for you, the New Year brings the same thing to everyone – an opportunity to change, to improve, to do even better. It’s a chance to finally build the life you want, not only as far as traditional resolutions about your health and finances, but also in your writing career.

Yet the reflection that often comes at year’s end can also set you up for failure if you aren’t careful. That’s because change requires commitment, honesty, and often an ability to let things go.

If you know what you want out of the coming year, it’s easy enough, right?

Set writing goals. Create a plan. Well, look at that – you’re halfway there!

Kind of. That depends how honest you’ve been. And unfortunately, it’s not uncommon for people to lie to themselves.

You might convince yourself things that hold you back aren’t. Because then you can latch onto the comfort of “sameness” and not have to take the risks involved with change.

You might tell yourself the problems you faced this past year were just a fluke. They were things that happened to you rather than things you brought on yourself through poor choices, mistakes, or a lack of effort or confidence. Because if you believe that, you don’t have to do things differently. You just carry on as always, hoping for a different result (one that will never come).

Or you might tell yourself the ultimate lie – that no matter what you do, things aren’t going to get better for you. So why bother trying? Carry on doing just enough because that’s all you’re convinced you deserve.

If you go into the New Year telling yourself lies like these, you’re setting yourself up for failure. If what you’re doing now hasn’t gotten you any closer to the life and career you want, now is the time to do something different.

Stop justifying past mistakes and bad choices. You already know where they lead.

Stop embracing the influences that keep you where you are, and prevent you from having better. The temporary happiness and comfort they bring pale in comparison to what moving on can give you.

And stop making assumptions about how far you’re able (or entitled) to go and what you are (or aren’t) “meant” to have. The truth is, you don't know how far you can go until you push yourself to find out. Challenge yourself. And surround yourself with those who care enough to challenge you to do better and reach your potential.

When you reflect on this past year… when you set your own freelance writing goals or personal resolutions… try the following instead of the usual lies we tell ourselves and clinging to what's-always-been:

It's time we all stop lying to ourselves about what went wrong or why we aren’t where we want to be yet so we can make realistic plans to change that.

And this isn’t only about missteps. Sometimes we lie to ourselves about successes too. And not being honest with yourself about how you got where you are today… who helped you… what you lucked into… it can leave you perpetually cocky and unqualified. And that’s equally a recipe for failure, because it prevents you from making responsible decisions moving forward.

Even after you’ve come up with a realistic plan…

You have to do something with the knowledge you have. You have to take action.

Think in terms of other areas of your life:

The same is true when it comes to your freelance writing business.

It’s a start. But it’s not enough. You have to take those ideas, those plans, those realizations of why you’re stuck where you’ve been so far (or why you simply haven’t gone further), and you have to take action.

There is no way around that.

That’s why to-do lists are so important to me. They’re essentially lists of actions – small ones, as I like to break everything down into time-based task lists. It takes emotion out of it. It doesn’t matter how I feel on any given day. When I know what action needs to happen, I can do that. When I know how much time I have available, I can take action, no matter how small. Even if I’m not feeling motivated, I can quietly knock a task or two out. Even if I’m having a miserable day, I can do something small. There’s always progress to be made towards something, as long as you take action rather than lying idle.

Have you created your list of goals for the New Year yet? And more importantly, have you put in the honest reflection… and prepared to take the actions… required to reach those goals? What lies have you told yourself that have held you back or slowed you down (we’ve all done it at some point)? Is something in your past hanging you up so you can’t build the career and life you really want? Are you finally ready to do something about it?

I am. A year full of change and action is probably exactly what I need right now to help me find my own new path, both personally and professionally. That includes everything from the goals I talked about in my previous post to turning more attention to myself again on the personal side (hobbies, health, and happiness). It involves changes to my own action plans. It involves moving past lies I’ve told myself about certain situations and people and professional paths.

Most of all, it involves going back to the “old me” (in business at least) where I knew what I wanted, and I worked my ass off to make it happen… where I took shit from no one… where I did more than most people expected of me at every turn... and where I didn’t let anyone or anything hold me back.

I know a few people who perpetually live in the past and sabotage their future and the things they say they want. When you live with rose-colored glasses on, harping on how good things used to be in a way that doesn't fully reflect reality, you can start to feel like things will never be that good again. So you stop moving forward because clinging to those things -- the ideas, the memories, the people, the feelings, the routines -- is easier than taking the new risks progress requires.

This past year, I started to feel like one of them. But the past is the past for a reason. No matter how good it seemed at the time, it wasn't supposed to last because you were meant to move on to greater things. So no more of that. Screw the past. Because next year… no, today… is the perfect time to start working toward something else. Success. Happiness. Freedom. Whatever it is you're looking for -- but something better.

And I've already decided on the first few small actions I'll take to reach the personal and professional goals I've set for myself, including:

Leave a comment and tell me how you plan to get over whatever hurdles are in front of you for the New Year. Over the next several months I’ll share more of my tips and tools for how I get my own life back on track, and hopefully give you some new ideas to do the same along the way. In the meantime, happy planning… and don’t forget to turn those goals and plans into action.