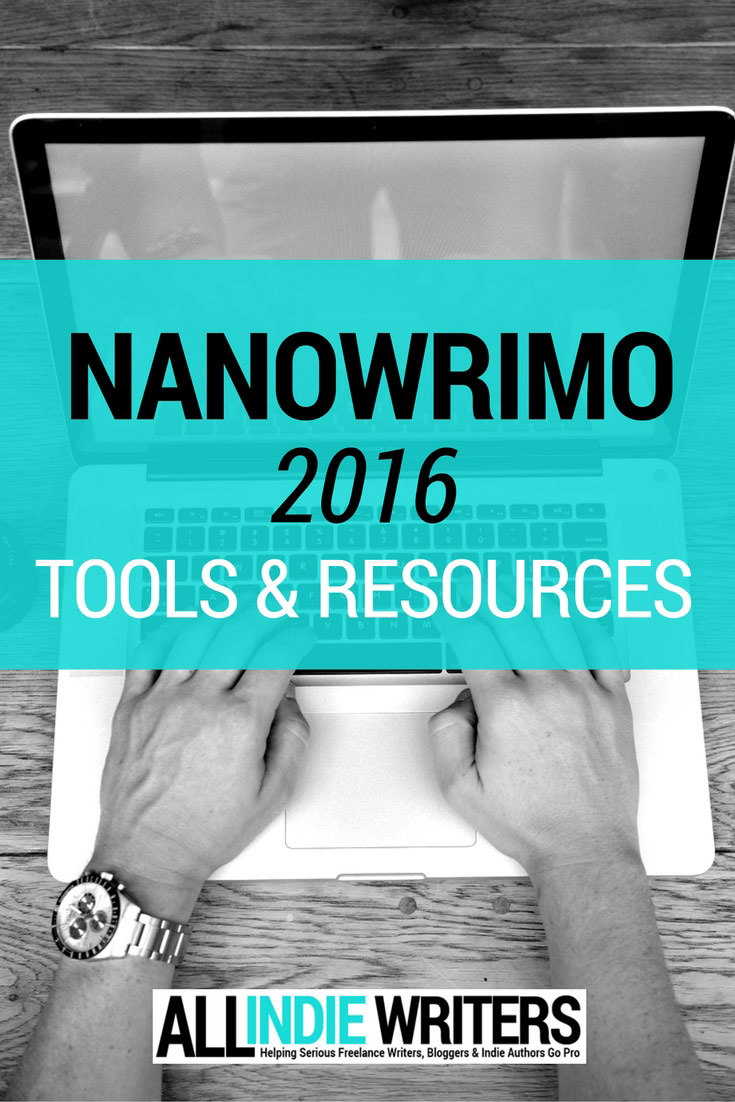 NaNoWriMo 2016 is well underway. Plotters have their stories outlined. Pantsers have hit the ground running. And aspiring and experienced novelists alike have that 50k word target in their sights.

Today let's talk about the NaNoWriMo writing process -- what we're working on, how we've scheduled our writing time during November, and what tools and resources we use to keep us on track.

Let's start off with a quick look at my NaNoWriMo plans this year.

Update: I wasn't feeling in a great position to write something "light" like a rom-com this month. So even though I'd started making slow progress, I made a decision to (again) change focus.

Rather than trying to outline another new novel idea from scratch, I turned to my project files. I'd outlined a much grittier novel about 8 years ago scene-by-scene. The notes, character sketches, and such were probably the most thorough of any outline I'd done. So it was all set up and ready to go.

Given that I knocked out nearly 7000 words in the first writing session, I think it's pulling me in enough to still be doable even though I'm terribly behind. Info about the new novel is first below, but I'll leave the old plan up too (marked). I doubt at this point that I'll ever pursue the rom-com idea, but you never know.

Here's the plan for the new NaNoWriMo project (the novel I'd outlined 8 years ago).

And there you go. That's probably all I can say without giving away too much of the plot.

I don't like to share a lot of background about fiction projects that are in-progress, but here's a little bit about this year's NaNoWriMo novel:

And that's the gist. It's outlined. Every scene is mapped out. And I'm finally ready to start writing. Better late than never!

I have to admit, my NaNoWriMo plan is a bit "off" this year. Normally I have a simple schedule: I take off Thanksgiving, Black Friday, and the following weekend, and I take off all other Sundays during November. Then I schedule my writing time across the remaining days.

This year, I got a late start to NaNoWriMo because I missed the first four days of the month. So I had to adapt things a bit. I still plan to take off Thanksgiving and Black Friday. But I don't intend to take off every Sunday.

I haven't decided whether I'll take off the weekend after the holiday this year. I'm likely going to schedule them as "off" days (I'm still finalizing my word count schedule for when I start drafting later today). Then, if I fall behind, I'll use them for a couple of writing sprints if I need to.

Other than that, I'm taking my usual "top-down" approach. I plan for much heavier word count goals at the start of the month, and by the end of the month I only have to write a few hundred words per day.

This strategy knocks the bulk of the writing out when I have the most energy (though the site re-launch and anniversary month here this November have taken their toll in that area and I'm going to find out the hard way if I can pull off a miracle with a few big word count days once I get busy drafting later).

Now that you have the basic gist of what I'm writing and what my plan is for this year's NaNoWriMo, let's look at some of the tools and resources I'll be using.

While I haven't added a word count tracker to the sidebar here yet for this year's novel, I will later today when I finish my first day of writing for the month. (Update: You can now see my current word count progress at the top of the blog sidebar.) I generally use the one offered here in the All Freelance Writing Resource Collection.

I'm a big fan of using public word count trackers during NaNoWriMo for the accountability factor. I'm less likely to slack off for days when I know other people can see my progress, or lack thereof (except at the start of the month this year apparently).

This is an example of what it would look like in its medium format (it comes in three default sizes). You can choose whether or not to show the percentage. And if you know how to style in code a bit, you can change the bar size, colors, and more manually to make it match your site's color scheme.

In addition to a word count tracker to help me monitor my progress, I use a word count planner in a calendar format. This is where I plan out my writing schedule ahead of time -- days off, how many words per day, etc.

If you split your month into equal word count goals each day, you might not need something like this. But if you follow a more varied approach like the top-down method I mentioned above, it can be quite helpful.

I use a customized calendar for this, but I created a simplified version for the monthly writing challenges in the writing forums. You can access it from  the Resources page, or preview and download it below.

While I love using Scrivener for blogging and even some freelance writing projects, it's predominantly my go-to software for long-form writing. That makes it perfect for NaNoWriMo.

I'm the first to admit there's a bit of a learning curve to Scrivener (OK, quite a bit of one). So if you aren't familiar with it before NaNoWriMo, it might be best to wait until next year. But if you have it, it's one of the best organizational tools you'll find for laying out your novel.

You can include all of your research, notes, outlines, chapters, scenes -- everything -- in a single project file, unlike with a traditional word processor.

To give you an idea of how you might map out a novel, look at the image to the left. This is the setup in my Scrivener murder mystery novel template (free download).

A murder mystery setup is going to be a bit more complicated than other novel types, including mine for this year. So your organizational structure in Scrivener won't necessarily have to be that complex. This is just to give you an idea of what you can do, all from within a single project / file.

What kind of novel are you working on for NaNoWriMo this year? Do you have any favorite tools or resources to make the process easier? Tell us about them in the comments.