I've been chasing my tail on this topic for a few days now and have worked myself up into a frenzy of confusion, so I'm coming to you O Wise Ones.

Here's the deal: For three years now, I've been writing under my real name.  Fiction (and some related things, like the column I have at a horror webzine) under T.L. Bodine, nonfiction (and any by-lined business type work) under Tiana Bodine.  I like it because it's oh-so-Google-able.  As near as I can tell, I am the only Tiana AND the only Bodine selling what I'm selling, so I'm easy to find.

Problem: I got married a couple of months ago and took my husband's name.  I did this for the inverse of the reason above -- I'd rather the "real me" be kept separate from "work me" for security reasons, keeping my brand professional, etc. etc.

So I want to continue working under my old name, and I'm not 100% sure what's necessary to do that.  For example: If I publish a book, it's my understanding that a legal name has to go on the copyright page.   If I'm signing a contract or receiving a payment, the name there has to match up to the tax ID#.  Is that right?

So my assumption is that the best way to do this would be to register my maiden name as a DBA and obtain an EIN for it, and then use that name for all client relations (like, that's how I'd introduce myself on the phone to a client).  Does that sound about right?  Has anybody else done this and have anything to add/things you wish you'd known before/etc.? 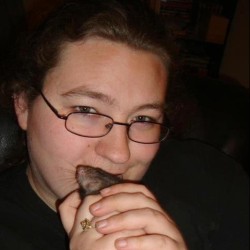 Latest posts by tlbodine (see all)

2 thoughts on “On the Issue of Pen Names/Business Names”