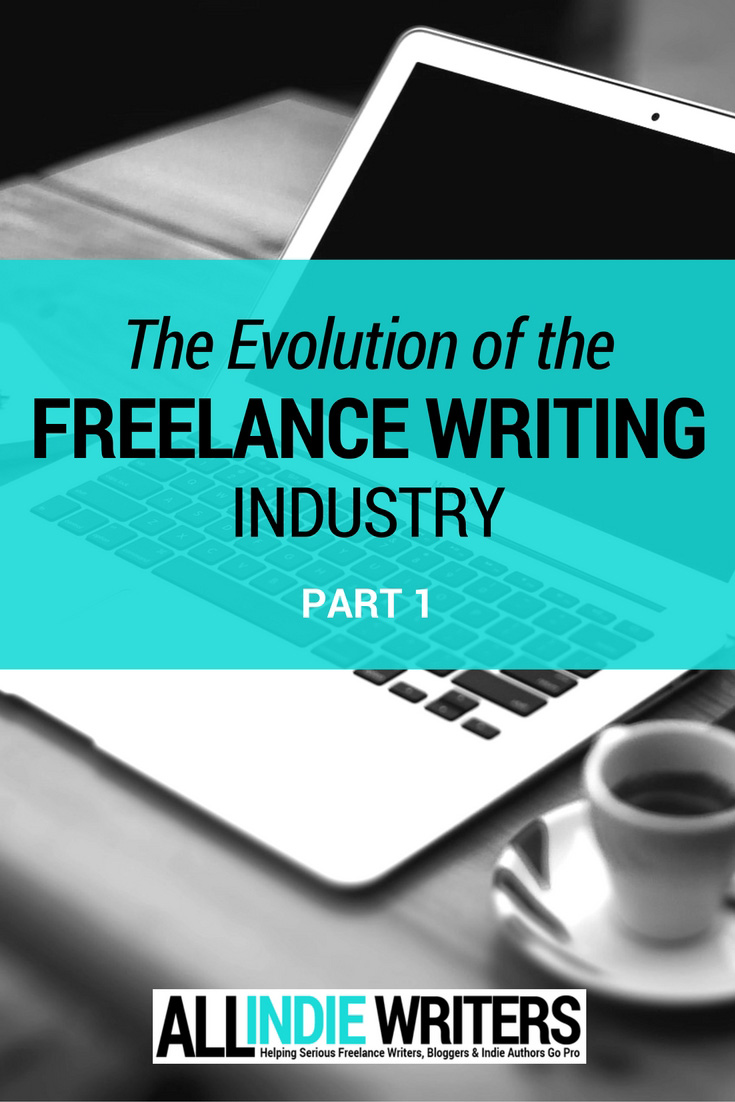 All Freelance Writing has served the freelance writing community for ten years now. And what a journey it's been!

Some of those changes are good. Some, not so much. And lately we've even seen trends that some of us thought died off years ago re-emerge with fancy new names and most of the same old problems.

Let's take a look back at the last ten years. How have things gotten better for freelance writers? How have they gotten worse? And where are we going next?

Today I'd like to share some of my thoughts with you on the more positive changes in the freelance writing community.

I should note that my focus here largely revolves around business writing and online writing, such as blogging. If you have insights into other specialties like magazine writing, writing for trades, technical writing, etc., I'd love it if you would leave a comment to share your thoughts on changes in those areas.

This blog originally launched in 2006 as SixFigureWriters.com as a group blog. The idea was for five writers to challenge themselves and document their progress.

One of the biggest industry issues we covered then was the problem of bottom-of-the-barrel markets. I'm not even talking about content mill rates here.

Back then, the rates you scoff at now would have been seen as a gift by many new web writers (though I wouldn't have agreed with them).

We talked about $5.00 articles which were all the rage, and how freelancers could do better by targeting different markets.

The situation got worse before it got better. We saw $1.00 article offers increasingly ("penny-per-word" gigs).

And then, to my astonishment at the time, I started seeing more and more buyers offering $.001 per word (yes, that's one tenth of one penny per-word).

It was insane. It was laughable. It was a result of a push for more, more, more when it came to web content.

Much of that content was regurgitated, keyword-stuffed drivel. Blame Google. If they didn't rank that garbage well at the time, it wouldn't have happened.

Thankfully that nosediving trend reversed itself a few years after. I'd say "thank Google" in this case, but they've caused plenty of new problems along the way, so, nah.

Are these ultra-crappy gigs still around? Sure they are. But they no longer dominate even low-level marketplaces the way they used to.

Where new writers would be offered $1-5 as a starting rate per article in the past, we quickly saw an increase in sites offering $25 (still insanely low, but a drastic improvement if you weren't familiar with things at their lowest).

The intro-level market feels like slightly less of a cesspool.

These days it's not uncommon to see blogging gigs, for example, advertised at rates of $50, $100, and even more per post. It's still a far cry from what you'll find on the private market, especially for business blogging jobs, but overall I've seen better web writing opportunities made available to freelancers.

An Ever-Expanding Pool of Markets

One of the best things about freelance writing over the last decade is the number of new markets available (keeping in mind we're talking about things like copywriting and online writing; magazine writing is not my specialty, so don't cry about how this isn't true because print writing rates or gigs have gone to hell; tell us about it in the comments instead).

The reasons for this ever-growing number of freelance writing opportunities?

There is a near never ending supply of freelance writing jobs these days. And good ones at that. Can't find any? Then maybe:

These markets are out there. It's not an issue of supply and demand. It's often an issue of obscurity.

It's not always in a client's best interest to advertise gigs. They get bombarded with huge numbers of applications, often from unqualified writers.

OK. OK. Because we're only talking about positive changes in the freelance writing industry today, technically I only care about the fall of content mills.

This still makes me giddy.

Content mills (formerly called "content networks" and later re-named "content farms" -- because slapping new buzzwords on things is totally the "in" thing to do) are the pet peeve of all pet peeves for me.

If, somehow, you're not familiar with them, content mills were basically sites that hired massive numbers of writers (sometimes just called "content creators") to write equally massive amounts of content. The quality was often questionable.

The worst part of content mills from a freelance writing perspective was the low pay. Some paid writers based on pageviews. Others paid residual earnings based on ad share. Some paid low flat fees, such as $15 per article.

And some couldn't make up their damn minds, changing entire pay schemes after writers had already contributed dozens (or hundreds) of articles.

These weren't even seen as credible clips by many editors, meaning this content often wouldn't serve as a step up to something better. Even when it might, there were far better ways to get your foot in the door in the freelance writing world.

Other than for hobbyists (who aren't my concern here -- this site is for writers building businesses of their own), they've never had much of a place.

You may have noticed me talking about content mills in past tense. Technically they still exist. But they shouldn't. If we all ignore them really hard together, maybe that wish will come true!

There was practically a crusade against content mills here over the years when this was still a group blog. More specifically, we:

Yolander Prinzel even ran a series where she put these sites to the test and reported on their earnings potential. (And she was both fair and far kinder to mills than I was -- which is surprising if you know Yo.)

Let's be real for a moment. A lot of the content put out by content mill writers was bad. It was often useless. It could be repetitive. Much of that content was terribly-written, poorly fact-checked, and comical in its absurdity.

It was only a matter of time before Google was forced to act. After all, their supposed interest was in promoting high quality, authoritative content, not shallow nonsense that added little to no value to the web.

Well, eventually Google did act (around 2011 if my memory serves me right; it might not -- Yep!). Google's Panda update went after these sorts of mass-content-producing sites putting out material that didn't really inform or offer value to readers.

Shortly before this, Google started letting people block certain sites from their search results. When this kind of data was factored into their ranking signals (see the previous link for more details), content mills took a hit -- a big one.

The fallout was glorious.

Well, it was glorious unless you were one of the folks who missed the writing on the wall and suddenly found your assignments drying up (in which case I hope the fall of content mills pushed you to pursue better opportunities).

4 thoughts on “The Evolution of the Freelance Writing Industry: 10 Years of Positive Changes”