I'm naturally a bit of a reclusive person.  I enjoy working with others and socialising with groups of friends, but I tend to find that if I can do something by myself rather than with others, I generally will.

Since being a freelance writer, however, one of the most important points I've learnt  is that networking with other writers is key to developing your writing business.

When I first started writing, I thought I could do it all myself.  Getting involved in a few different conversations but generally staying in the background, I believed that I could learn from others and develop my freelance writing career all by myself, without speaking regularly to other writers.

I soon realised that this wasn't exactly the best idea.  I started to get more involved with other writers and without giving you the blow-by-blow account of what happened next, everything basically snowballed from there.

The following five methods all ways that I used to start expanding and developing my freelance writing business by networking with others and although there are other methods you can utilize, these five are the ones that I believe are the most useful.

Whether you've been a freelance writer for a few weeks or a few years, it's imperative that you understand the importance of networking with other writers.  Just like in most other professions, whilst you can read as many resources on the industry as you can manage, it's learning from others that really helps you progress. 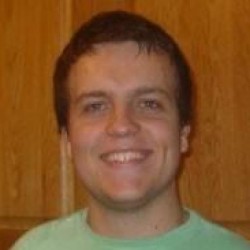